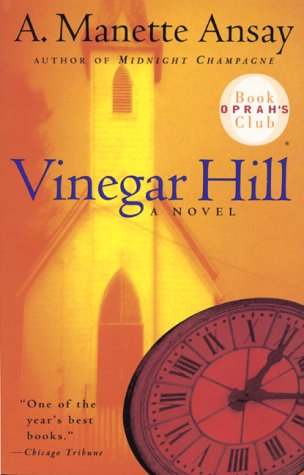 I was down there with him. I was part of the night. I was the land itself—everything, everywhere—the fireflies and paddies, the midnight rustlings, the cool phosphorescent shimmer of evil—I was atrocity—I was jungle fire, jungle drums—I was the blind stare in the eyes of all those poor, dead, dumbfuck ex-pals of mine—all the pale young corpses, Lee Strunk and Kiowa and Curt Lemon—I was the beast on their lips—I was Nam—the horror, the war (199)

Let’s forget political motivations for a second and briefly talk about realities.

The consequences: a loss of life and youth…of hope. Imagine the psychological game the mind must play on itself—the reasons for action are somewhat abstract, the enemy is blurry and the endgame is hard to realize. Yet all this is irrelevant, because as a soldier you must do as you’re told. You must serve your country. Go to war.

This is the case for all soldiers.

This is the case for many young people.

This was the case for many Vietnam veterans.

And this is the story O’Brien tells.

Taking turns, they carried the big PRC-77 scrambler radio, which weighed 30 pounds with its battery. They shared the weight of memory. They took up what others could no longer bear. Often, they carried each other, the wounded or weak. They carried infections. They carried chess sets, basketballs, Vietnamese-English dictionaries […] They carried the land itself–Vietnam, the place, the soil–a powdery orange-red dust that covered their boots and fatigues and faces. They carried the sky […] By daylight they they took sniper fire, at night they were mortared, but it was not battle, it was just the endless march, village to village, without purpose, nothing won or lost. They marched for the sake of the march […] one step, and the next and then another, but no volition, no will, because it was automatic, it was anatomy, and the war was entirely a matter of posture and carriage […] Their principles were in their feet. Their calculations were biological (14)

O’Brien tells a series of seamlessly connected short stories about Vietnam. And what he does so well is remind the reader of how easily it could have been me or you, or anyone in that war. He wants you to understand that—the abstract, the fear, the surreal—all those feelings. The individuals imprinted in your memory— compatriots and enemies—are your brothers, cousins, classmates, neighbors, and strangers.

At the same time, O’Brien knows the reader will never know war unless they have been there. We are outsiders. But O’Brien’s storytelling opens a window to a great view of human complexity in already complex circumstances. O’Brien’s writing is artfully crafted. Fantastic. Amazing.

The thing about a story is that you dream it as you tell it, hoping that others might then dream along with you […] There is the illusion of aliveness. In Vietnam, for instance, Ted Lavender had a habit of popping four or five tranquilizers every morning. It was his way of coping, just dealing with realities, and the drugs helped to ease him through the days. I remember how peaceful his eyes were […] “How’s the war today?” somebody would ask, and Ted Lavender would give a little smile to the sky and say “Mellow–a nice smooth war day.” And then in April he was shot in the head outside of the village of Than Khe (218)

I want to share entire passages with you. I want to convince everyone to read this book. More importantly, I need you to know I loved this book for its truths: Before war, you have life. During war, that life is not your own, or it is slipping away. After war, should you survive, that life is never completely your own again, or it is gone. 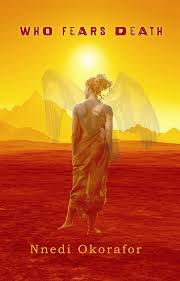 I vividly remembered the sensation of having my forehead caved in by a large rock. It didn’t hurt as much as it should have. It just felt like I was suddenly…exposed. A rock destroyed my nose, bloodied my ear, buried itself in my cheek. I was conscious through most of it (p.128)

Who Fears Death explores some dark themes. In post-apocalyptic Africa, widespread enslavement, genocide and rape are a norm in many regions. So much so, that it has become a myth of human existence that many believe in. The central conflict is between the Nuru, a light-skinned people, and the Okeke, a dark-skinned people. In the West the Okeke are enslaved to the Nuru, who are gradually expanding their realm of hate into parts of the East. In this expansion, Nuru men kill Okeke men, and rape Okeke women simply because they can. Sometimes these rapes produce children, half-bloods known was Ewu. They are considered to be children of violence and are frequently outcast by either side. The main character, Onyesonwu, is one of these Ewu.

Who Fears Death contains vivid descriptions of death, murder, rape and genital mutilation. These descriptions hold the book together and keep the reader engaged.  Many characters lack depth, and even though it’s supposed to take place in post-apocalyptic Africa, I didn’t always get that feeling.  Several folkloric tangents explain why certain things are the way they are, but, sometimes they muddle the narrative.

For a very long time, I was confused as to what the true purpose of Onyesonwu’s quest was. Was it to defy cultural norms, to become a great sorceress, to kill her biological father, to rewrite the Great Book?

Maybe all of the above.

I was only sure of one thing: Onyesonwu’s death. This is the about Onyesonwu’s journey to death, and the mystical things that happen along the way.